I recently read an interesting article about Anglo-Saxon swords by Matthew (get your seax out) Harffy. You can read it here. 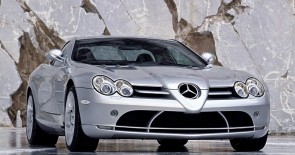 One of the points made was that a sword could be compared with a modern man (It’s always a man) boasting about his car. I noticed a similar analogy on a recent TV programme about Versailles. I can’t remember what was compared with an expensive sports car – it might have been a piece of lace. This is one of those common comparisons; the size of Wales, a football pitch or a double-decker bus.

It got me thinking. If an expensive, pattern-welded can be compared to a posh car, what about the man who owned it? What is the modern equivalent of the Anglo-Saxon warrior?

I decided that it must be a professional football player. Both have to be young and fit. They have little in the way of brains and their working life is short. I know little about cars (or footballers) but the top flight international/premier league players with the exotic cars (see here for examples) are the top Ealdormen. Their weapon/car is impractical for daily use but stands out from the crowd and costs a lot to buy. Further down the league, those with a modest, but still decent car, would have had an ordinary, cheaper sword or seax. Your ordinary, amateur or local league player would be a spear carrier and drive a second-hand hatchback. I see the men whose chosen weapon was the axe as Rugby players, perhaps driving something off-road. After all, weren’t Land Rover sponsors of the recent Rugby World Cup.

Before I go further down the sporting road (Tennis players as archers?) let’s think about the women (or WAGS). Things haven’t changed much there over the years, they have always been judged by the money their partner earns. This usually means cloths and jewellery. The more riches won by your warrior, the better quality gown you wore. Silk was the ultimate achievement and equates to designer dresses. I’m not sure that high heeled shoes were important to the Anglo-Saxon woman though. Or handbags?

Finally, who held the power in Anglo-Saxon England? The king of course and his relatives. They demonstrate their status by property. An impressive hall/castle to house their retinue, a feast/garden party to feed them. Mead v A cup of tea and cake?

And then there was the church. At that time, usually the only people able to read and write. The great bishops and abbots, building churches and monasteries and advising the king. The ordinary priest or monk would be the equivalent of teachers, writers, artists, vowed to poverty. Their superiors, surely, must be the modern businessmen and politicians.  Ostensibly subject to the same vow of poverty, but dealing in power and large sums of money. The ones not caught fiddling their expenses were turned into saints.

I think I have followed this tread almost to breaking point, but if you have any suggestions, let me know. I might mention the best in a future post.