I have started editing. I was quite enjoying it, until it was interrupted by a sudden realisation.

Book one was now in the hands of the publishers, I thought I could relax, at least for a time, before the pressure of trying to persuade people to actually buy it.

But they wanted more! I don’t know why I hadn’t thought about it before. There is more to a book than just the story.

There are the little things, like a dedication. No problem. 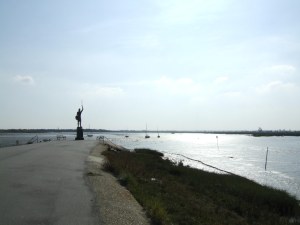 Byrhtnoth at Maldon “She said I did WHAT? Death to that Author!”

There are bigger things.

If you are writing a historical novel, you need Historical Notes. All that information telling your reader that your main character was a real person, giving them the facts about that character and then explaining that, actually, you had ignored all that and written something completely different, with absolutely no proof whatsoever!

All the explanation that this event happened, but a certain character may not have been there. Various places were invented, and a lot of the characters. Some were real people and I must apologise if I had turned a perfectly innocent person into a villain.

Since I am deep into editing book two, I also had to remember who was in the book and who hadn’t appeared yet!

Then there was the really big thing – the Acknowledgements! Who to thank? Who to mention? Who to leave out? Who would be terribly offended if I left them out, give me terrible reviews and blight my literary career before it even started? So, if your name isn’t there, it was because you were too special to mention and you will receive, in due course, a large bunch of flowers/bottle of something alcoholic (delete as applicable).

Should I have included a map? Not enough time. That will have to wait until the special, limited edition, hardback that will be produced, when I’m famous, by my grateful publishers.

And where is the list of place names, with the explanation of why I used one version over another? You’ll just have to look things up on Wikipedia – like  I do.

I managed to write something and sent it off. Did I check that fact? Did I spell someone’s name wrong? Too late now.

After that excitement, it was back to the editing. It started well; in the first chapter I got rid of over 100 words – I knew that scene was rubbish – it will probably be re-written many times.